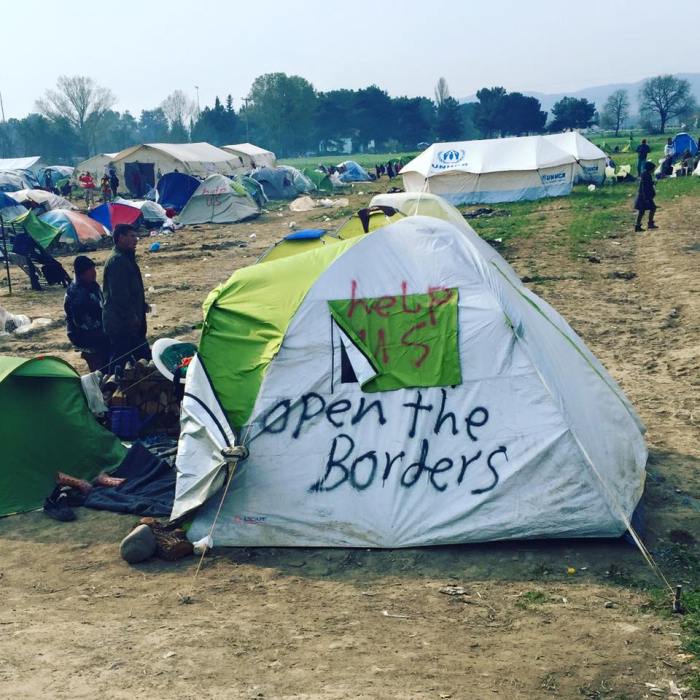 IDOMENI, Greece — The refugees and migrants fleeing war and poverty had come to Greece, seeking a way to western Europe — and a chance to begin again.

They thought they would just be passing through this border town. And then, one by one, the borders began closing. First Austria, then the Balkan states said they wouldn’t let refugees through.

A month later, almost 10,000 people are stranded in the small Greek town of Idomeni, on the border with Macedonia left in limbo in an empty field strewn with litter and human waste and lacking the most basic necessities.

When it’s rainy, the flimsy tents fill with mud and families struggle to get warm around small fires that surround their sites.

Most have nothing to return to, having fled wars or instability in their home countries, and have spent all of their money paying smugglers to come this far. New, restrictive European Union border policies mean that they are stuck in limbo.

These are the refugees that Europe has turned its back on. Read more on Mashable.

View all posts by meganspecia