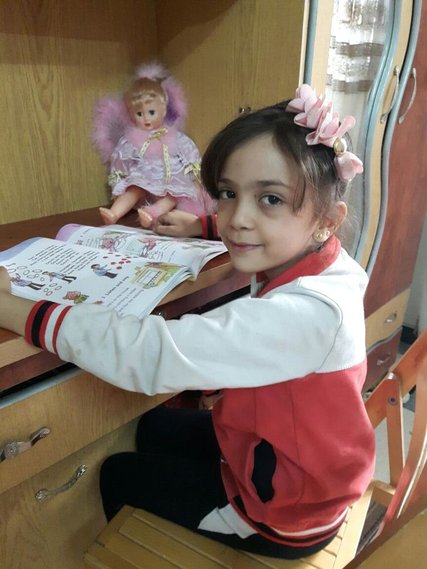 In late September, the face of a small girl began appearing on the Twitter accounts of several trusted sources in Syria. The handle @AlabedBana had begun posting regular updates about a child, said to be 7-years-old and trapped in Aleppo.

In her profile picture, the girl is seated at a tidy, wooden desk, a sweet smile spread across her face, her brown eyes gazing up from a picture book and straight into the camera. Her long, brown hair is neatly tied back and topped with a delicate pink bow. The face is that of Bana al-Abed, according to the person posting to the Twitter account, who identifies herself as Fatemah, Bana’s mother. Read more on The New York Times.

View all posts by meganspecia